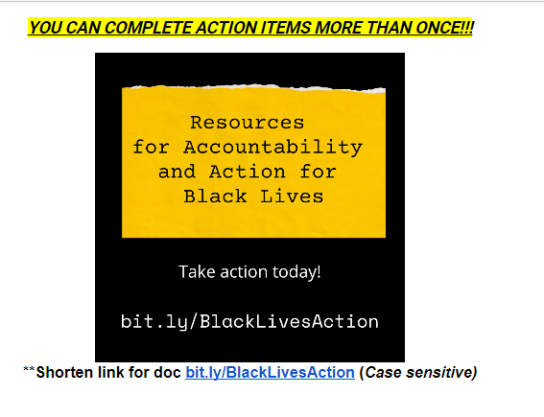 The following is copy-paste of a publicly available Google Doc.

**Submit updates and additions to resistancerevivalatlanta@gmail.com

Seeking justice means putting in the work. Say their names, share their stories, but first and foremost, take action. We must help the families of Ahmad Arbery, Breonna Taylor, George Floyd, and the many other Black Americans unjustly murdered and abused by law enforcement and other protectors of white supremacy. Take action today.

and easily and automatically sign a petition to end police brutality and send letters to your officials.

Police/National Guard murdered David Mcatee in Louisville around 12 am as they shot blindly into a crowd outside Mcatees business. Governor Beshear is allowing LMPD to independently investigate themselves. This cannot stand.

**Special investigator appointed as of 5/28, but transparency still required.

***Update! All officers have been charged.