Guest Poem: “We Always Want to Be Right,” by Aaron Drake 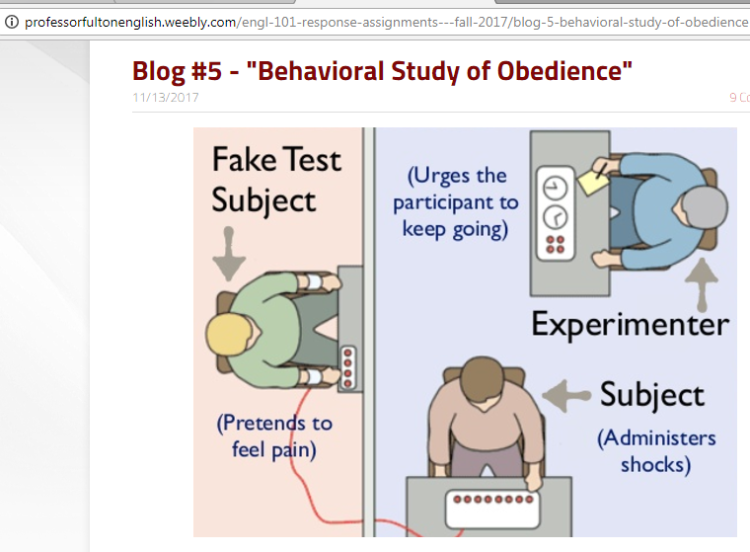 We want to always be right,
It’s left or right,
Black or white,
Wrong and right
And day and night
And so we fight
We trust the party we mostly agree with
But why does it have to be party and party?
Shouldn’t it be more about each and every issue that we can see?
Presidents can veto anything, not we?
They choose, but we really have little choice.
So we use our voice and get hurt for it.
Totality, individuality, and we are casualties of war with the system.
We have no idea what is happening because we are supposed to be represented by the government.
They ignored our pleas, they know what’s best, is not what I believe.
If we the people say what we want to do, who are they to say no to me?
We are on the cusp of a civil authority, one that listens to what we believe, do you see?
We are the people who should hold the power. We the people.
The Milgram study* proved that people will do whatever they’re told if they trust the Authority.
No matter if it’s obviously wrong.
We want to always be right but then it’s left and right, which way do you choose?
I choose a new idea. Can you?

* [Assistant Editor’s Note: “The Milgram study” referred to in the poem is summarized in the illustration above, found online at the link atop the image. It basically demonstrated that some humans’ willingness to induce torture on others as long as they were “just following orders” was not unique to Nazis in the Nuremberg trials. The pertinence to police brutality, police rioting, and police murder is clear. We need to abolish the policies that can cited as sanctioning police brutality, police rioting, and police murder, to prevent those atrocities and to hold their perpetrators accountable. –Remy.]