Reports say in PDX feds fire on someone's head enough to crack their skull, arrest a person for meditation, gas crowd indiscriminately (use of expired gas that can turn to deadly cyanide), assault medics trying to administer care.

First-hand accounts state the projectile weapon fired at the 25-year-old, which appears to have been a 40-mm baton round ("rubber bullet"), hit so hard as to elicit a hemorrhaging of not only blood but also sinus tissue. This person was merely carrying a radio. This person has not awoken after brain surgery.
Multiple medics were shot attempting to save lives.

This is not a game.
This is a war zone.
With international war crimes.
Nightly. 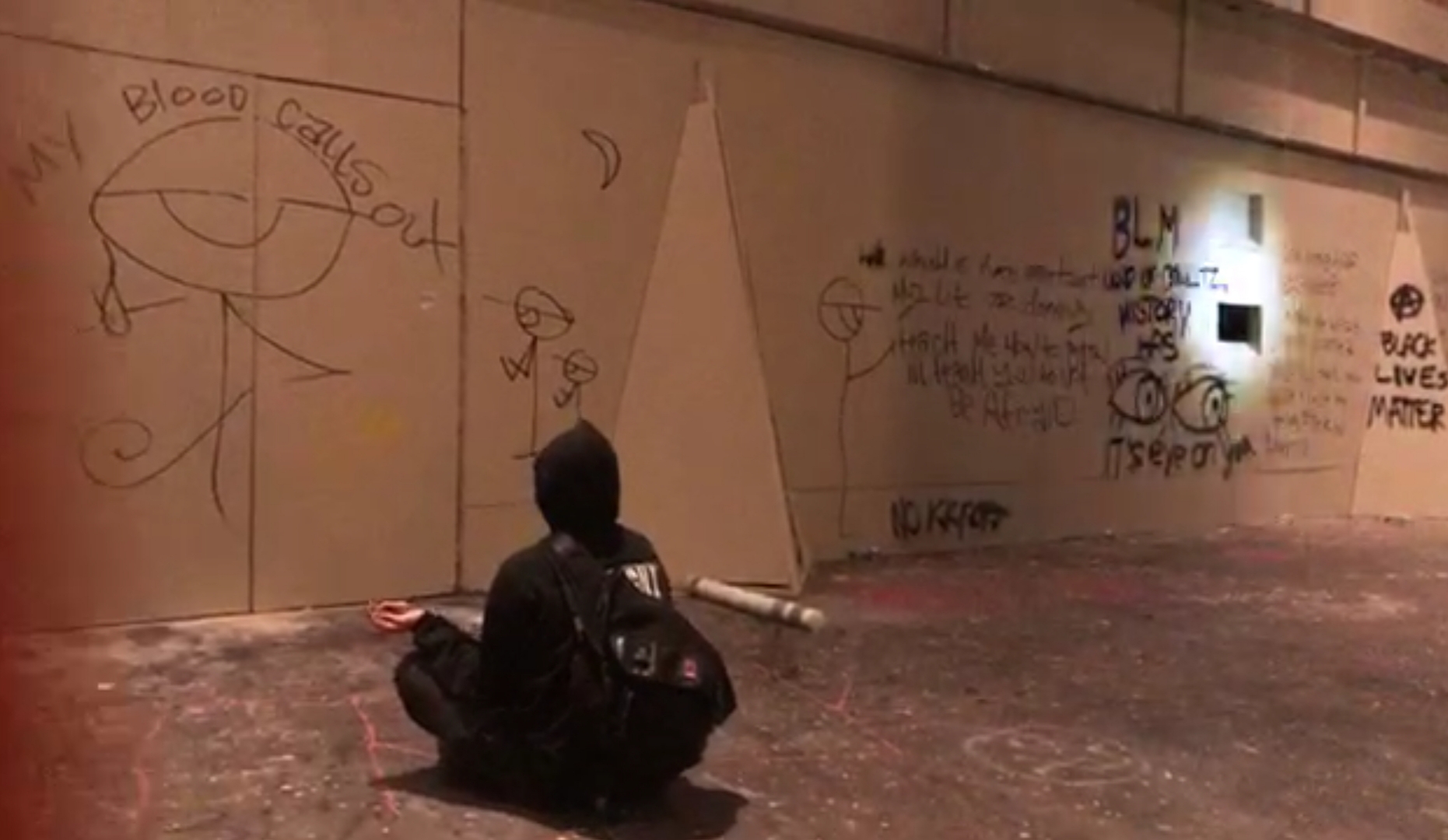 This is not a "culture war".
This is a dress rehearsal for martial law and civil war.
This is militarized policing, with even more violent and sinister federal participation.

This is all happening even before INS trains non-employees in use of firearms and capture techniques.

This is all happening while "law enforcement agents" are at times refusing to prosecute those who are witnessed and documented assaulting (including with vehicles) and trying to lynch peaceful black people and those supporting black people.

This is all happening because "law enforcement agents" -- egged on by an increasingly blatantly Nazi-dog-whistling tyrant-in-chief -- are among those witnessed and documented assaulting and attempting peacefully assembled black people and those supporting black people. People who are gathered because of law enforcement murders of black people, for which some have thus far escaped arrest.

This is all happening while there are already 3 class-action lawsuits against Portland Police Bureau. Including by the ACLU.

This is all happening while there are "Democrats" in charge in Oregon.

Where are the Governor? Senators? Mayor? Police Commission? Mainstream press?

We cannot rely on them to protect us.
They must -- but will they?!

This is all happening. This is not a drill. 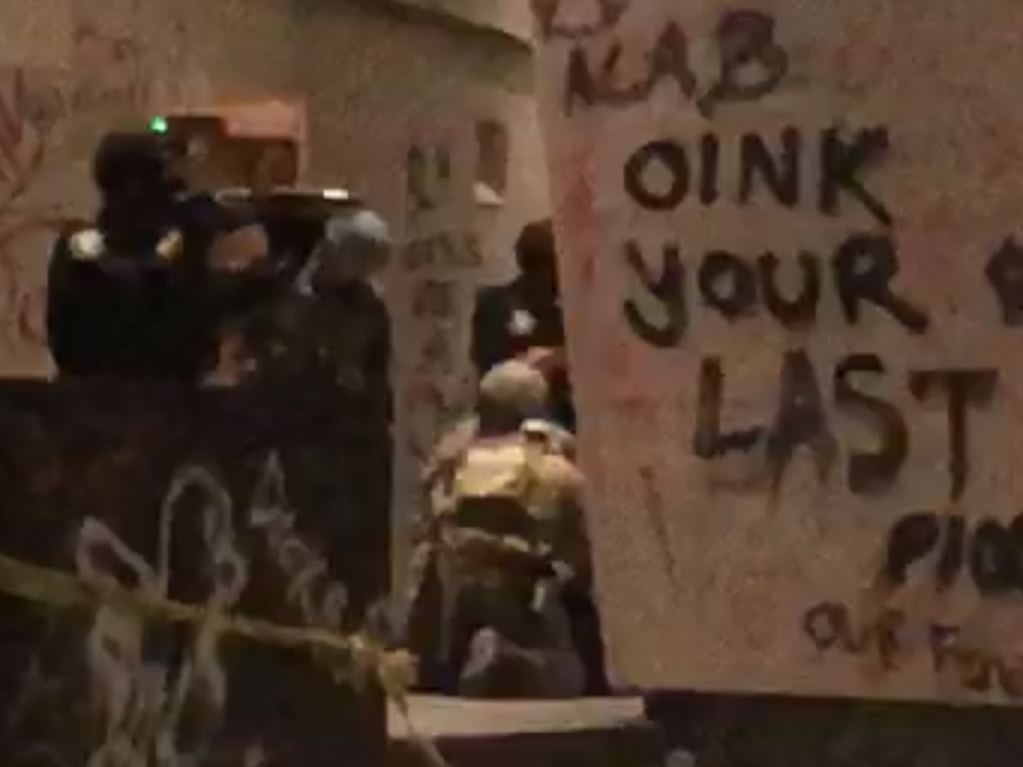 End the loopholes in legislation. ("illegal assembly" declarations used to attempt murders of peaceful people, including medics, media, legal observers).
End the federalization of law enforcement.
End the militarization of law enforcement.
End the police unions.
End qualified immunity.
Uphold the Geneva Convention.
End war crimes.
Uphold the class-action injunctions.
Eliminate baton rounds (rubber bullets).
Eliminate tear gas.
Save lives.
Medics. Media. Legal observers. Witnesses.
More necessary than ever.
Black Lives Matter.
We are the media.
Live streamers are life savers.
We love you.
Be safe.
Know who you trust. People, nonprofits, news sources, live streams. Have their backs.
And if you can, help those who are saving lives to have protective and medical and streaming gear.
Remember the Pastor Niemholler quote, "First, they came for the Communists, and I didn't speak up, because I wasn't a Communist."
It ends with, "And then, they came for me, and there was no one left to speak up."
We are way past step one of that poem.
Media, medics, legal observers, and the BLM-inspired movements and ACLU are among those speaking up.
Support how you can, while you can.
Be safe.
We love you. 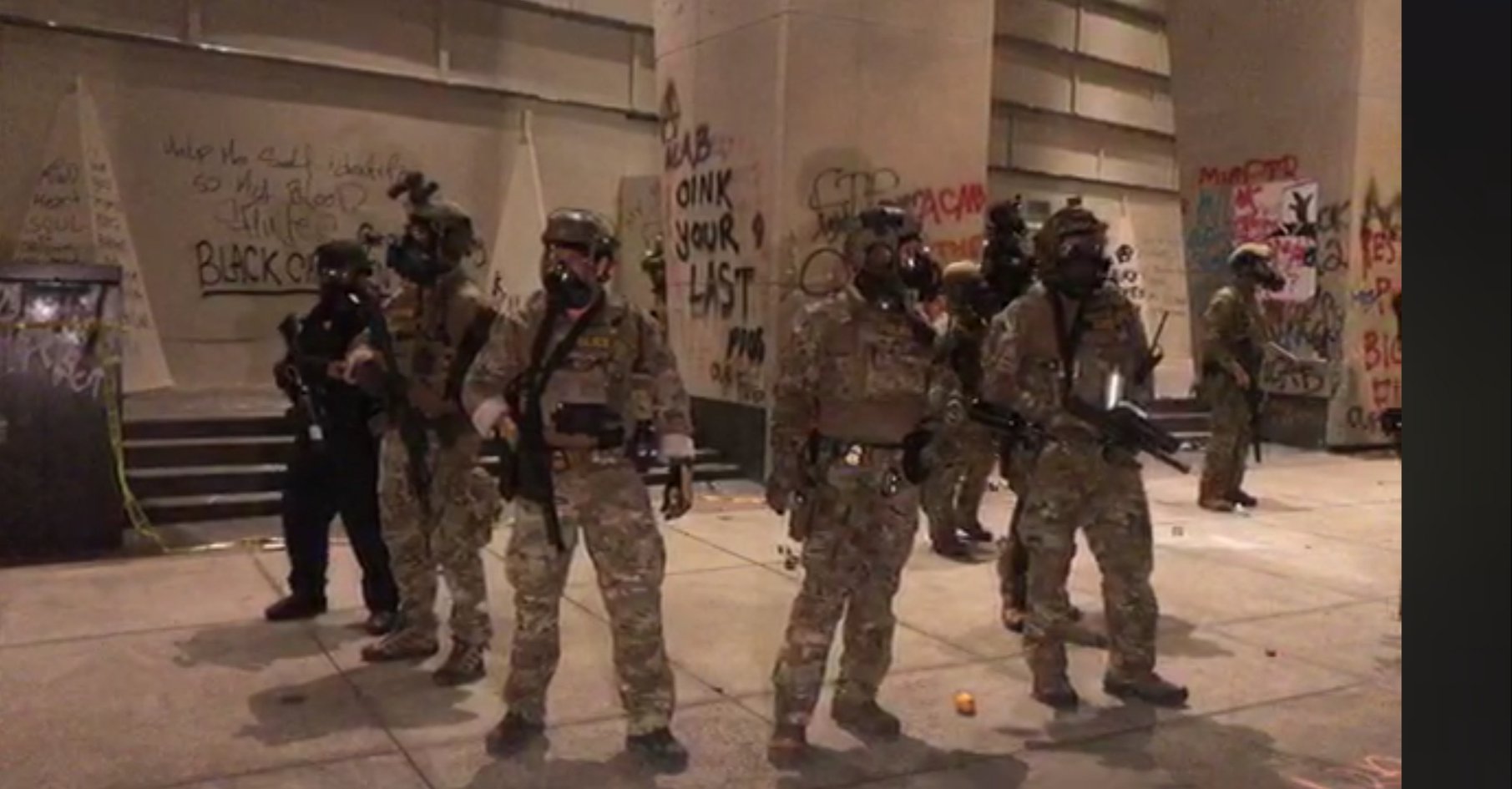 Graphic footage of the man with seizure being attacked by feds

Garrison Davis (Teargas Proof) (@hungrybowtie): The officers have a shot someone in the head with what appears to be an impact munition, there is a lot of blood.

Footage of medics being attacked while attending to injured citizen

Another angle on the head wound