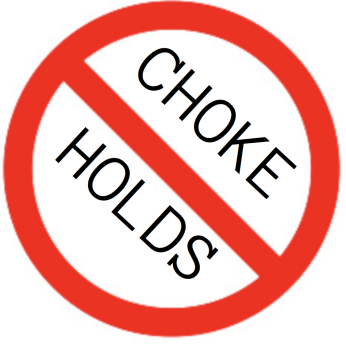 –use of tear gas and other “crowd control weapons”;

–use of choke holds; and

–covering of badge numbers with the so-called “mourning bands”.

Thank you to the 60,000+ protesters, to Black Lives Matter and BIPOC-led movements and legal/advocacy efforts, and to CHOP, the Capitol Hill Autonomous Zone / Capitol Hill Occupying Protest, for momentum toward this monumental trio of concrete steps toward demilitarizing police and holding them accountable.

Now, let’s see if City Council succeeds in holding the Mayor and the Police Chief accountable. Mayor Jenny Durkan and Police Chief Carmen Best had initially stated on June 5 that they would enact a 30-day ban on deployment of tear gas — only to clearly violate that 2 nights later. They tried to get away with a “loop-hole” by claiming that SWAT teams feared for their “life safety” amid peaceful gatherings.

Thank you to all the live streamers and grass roots documentarians exposing the double-speak and dangers. Thank you to those who filed the lawsuit to challenge the “loop-hole” claims and brought the battle to the next level, leading a federal judge to issue a 2-week ban on deployment of “crowd control weapons” onto peaceful participants in First Amendment activities.

The following are the specifics of the “crowd control weapon” ban unanimously passed by Seattle City Council today, set to take effect “sometime next month”:

Seattle agencies — and outside agencies aiding Seattle –are prohibited from owning, buying, renting, storing, or using “kinetic impact projectiles, chemical irritants, acoustic weapons, directed energy weapons, water cannons, disorientation devices, ultrasonic cannons or any other device” of comparable use. While an exception is made for pepper spray, that exception does not permit its use at demonstrations.

The following are the specifics of the choke holds ban.

Here is the link to the chokeholds legislation

Seattle officers are no longer permitted to block air through a person’s windpipe with“neck restraints,” nor to constrict flow to the brain with “carotid restraints”.

The last piece is rather straightforward: Cops can no longer obscure their identities by placing covers over their badge numbers.

Next, the council will continue in 2 days to examine their Police Department’s $409-million annual budget.

All the more effectively when our movements create and share our own media.

Let’s see what we can do toward further defunding and demilitarizing policing, and holding police and municipal governments accountable for their violent actions, throughout the Pacific Northwest and beyond.