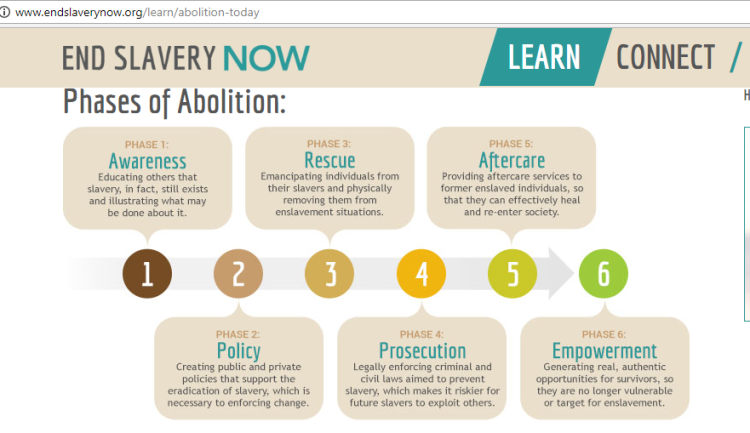 There are multiple forms of enslavement still existing in the world today, estimated to affect between 21 million and 45 million people globally.

Forms of modern slavery include:

— sex trafficking (note that this is different than consensually entered sex work by adults);

There are modern movements for the abolition of modern slavery.

At the forefront is a nonprofit called End Slavery Now.

Here is how they outline the 6 Phases of Abolition:

The BAFTA-award-winning documentary, 13th, by multiple-award-winning black director Ana DuVernay, explores prison labor as modern slavery. The title is a reference to the 13th Amendment, that nominally abolished slavery — word of which reaching the last enslaved people of African descent in Texas is what we are celebrating as Juneteenth — but which included a loophole that slavery was unlawful against any — except those convicted of crimes.

The above graphic is from a Netflix ad about 13th in the New York Times.

Netflix has made the whole film viewable for free by anyone on YouTube:

Blessings and safety to all. — Remy for Boop Troop Eugene News Blog.